The sequel to the movie “Constantine” has been highly anticipated by fans, and there have been many rumors and discussions for a long time. The actor Keanu Reeves, who recently starred in John Constantine, once again revealed his willingness to return in an interview with “Esquire”. He said, “I really enjoyed playing John Constantine. I actually played a lot of characters named John. How many Johns? I don’t know, maybe more than ten. Anyway, I’d rather play it again if I had the chance. Constantine.” 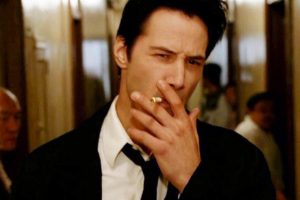 The film “Constantine” was adapted from the comic “Hellblazer” and was released in 2005. It was one of the few anti-hero movies of the year. Reviews for the film have been mixed, with a 46% average on Rotten Tomatoes and a worldwide gross of $230,884,728.

Coincidentally, Peter Stormare, who played “Satan” in the film last year, revealed on his personal Instagram that a sequel to “Constantine” is in the planning stage. Although Warner Bros. has not let go, but with the popularity of Keanu Reeves in recent years and the return of “The Matrix” after many years, I believe that the sequel to “Constantine” is just around the corner.

By adminNovember 25, 2021EntertainmentLeave a Comment on Keanu Reeves Reveals “Want to Return as Constantine”