The popular RPG action game “Elden Ring”, led by Hidetaka Miyazaki and co-developed with George R.R. Martin, FromSoftware and BANDAI NAMCO Entertainment, has been officially launched for a while. Bandai Namco initially predicted that the game would sell about 4 million , but within about 18 days of the game’s release (as of March 14), the game has sold more than 12 million copies worldwide, with 1 million copies sold in Japan alone. 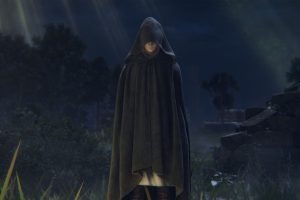 Game producer and FromSoftware president Hidetaka Miyazaki thanked him in a statement: “I was pleasantly surprised to see so many people playing Elden Ring. On behalf of the entire development team, I would like to express my sincere thanks. Elden Ring is based on George A mythical tale written by R. R. Martin, we want players to enjoy great freedom as they explore a vast world, discover its many secrets, and face many threats. Thank you for your continued support.”

Bandai Namco CEO Kyoo Miyagawa said, “I would like to take this opportunity to thank all the fans who brought Elden Ring to life, and I am proud to be working with FromSoftware under the guidance of Hidetaka Miyazaki and George R. R. Martin. Turn such a wonderful game into reality.” Interested readers may wish to continue to pay attention to relevant news.